The editorial board of one of  Washington’s largest daily newspapers recognizes private forest landowners’ leadership on salmon habitat and cool, clean water protection

The work done by private forest landowners in the 20 years since the Forests and Fish Law was passed — efforts that mostly are undertaken in places the public never sets foot — often goes unnoticed.

The Everett Herald Editorial Board shone a very kind light on these efforts this month in a thoughtful January 7 editorial that applauded these leading efforts while calling to downstream land users and managers to catch up on this critical mission of saving regional salmon populations. They wrote:

Now 20 years on, the Washington Forest Protection Association reports, more than 8,000 culverts and other salmon barriers have been removed, opening up more than 5,200 miles of fish habitat with millions of acres of riparian buffer zones set aside to protect those streams. Unstable slopes have been addressed to limit landslides into habitat, and logging road drainage systems have been improved to cut down on sediments in streams.

The forestlands often represent the very end — and beginning — of salmon’s reproductive journey; there remain habitat and other impacts to salmon downstream from the forests as streams and rivers wend through agricultural land, through suburban and urban developments and industrial areas and into estuaries and bays.

While the work to replace culverts in forestlands is important, it’s dwarfed by the diminished habitat that remains downstream and is the responsibility of the state and local governments. …

“Everybody’s got to do their part in order for salmon to be able to swim and survive treacherous waterways through all these different land uses,” said Cindy Mitchell, director of public affairs for the Washington Forest Protection Association.

“The rallying cry,” Locke said regarding the Fish and Forest Plan, “was that extinction was not an option.”

Twenty years later, it’s still not an option that can be allowed.

We encourage you to read the entire editorial here on The Everett Herald website. 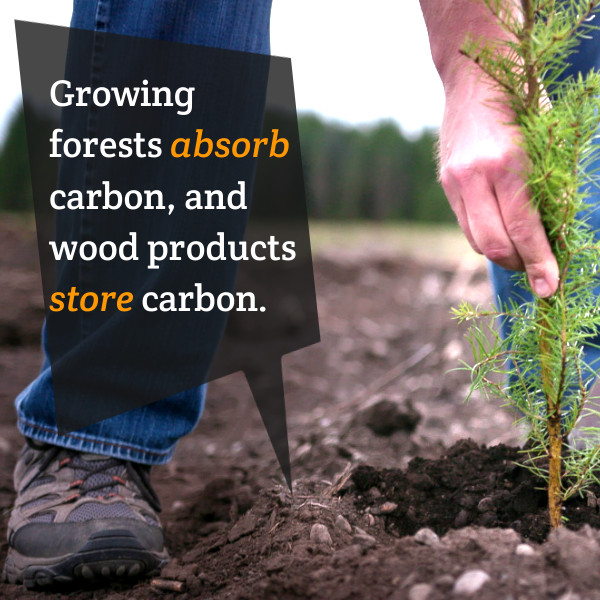 Sign up here to learn more about efforts underway to recognize working forestry’s role in providing a natural carbon solution.

Forest landowners replant their forests as soon as the weather allows after timber harvest. Tree planting season is generally December – April, when the seedlings are dormant, as long as the ground is not frozen.
(Source: Dept. of Natural Resources)

How much do working forestry and wood products mean to Washington state?